Glide through the North.

Millions of mile of trails….

This winter has just begun, and we are crossing our fingers for good snow depths. Remember to purchase your MN Ski Trail Pass. You must have to ski on these trails. Please support the Itasca cross-country ski trails by considering being a member of the Northern Lights Nordic Ski Club
ITASCA COUNTY CROSS COUNTRY SKI MAP

The Alder Pond trail group had good ski-formed tracks with just a few places that were ice glazed, I guess depending on how much sun the trail segment had gotten. Trail debris was not very troublesome, and there were maybe three spots where a rock protruded. The South trail loop had light snow cover over the groomed tracks.

Advanced Level: The remote and stunning Suomi Hills has 19 miles of snowshoe, hiking, biking and ski trails and is part of a semi-primitive nonmotorized area. The rolling topography offers mountain bike trails for intermediate and advanced cyclists. Stay off of the groomed single track cross country ski trail.

Recently groomed trails, with the addition of about an inch or less of new snow overnight, made for excellent skating conditions.

Advanced Level: The remote and stunning Suomi Hills has 19 miles of snowshoe, hiking, biking and ski trails and is part of a semi-primitive nonmotorized area. The rolling topography offers mountain bike trails for intermediate and advanced cyclists. Stay off of the groomed single track cross country ski trail.

Beginner to Advanced Level: Trails wind around the mining dump once used by Hanna Mining in their quest for iron ore. A few trails are challenging, but the snowshoer will be rewarded with excellent vistas overlooking surrounding lakes.

Beginner Level: In 1907, Sam Simpson’s crew built the first tote roads and trails in the Cut Foot Sioux area. Today, this system makes up the 13-mile Simpson Creek Trail. Enjoy rolling topography through pines and along glacial eskers, with overlooks onto Cut Foot Sioux Lake and journeys into the cedar swamp. Access to the trail is located at the Cut Foot Sioux Visitors Center parking lot.

ntermediate Level: A beautiful area to snowshoe and cross country ski. Remember to stay off of the groomed single track cross country ski trail. Many loops to snowshoe. The Wabana County Trail offers skiers five loops to choose from within a mixed forest and wildflower sanctuary.  Especially beautiful is the river loop that follows the Wabana Creek. Clearwater Lake lies to the south of the trail system. Wabana is one of two designated county wildflower sanctuaries. The Wabana Trail is located on county tax forfeited property that is managed for timber, wildlife, and dispersed recreational use by the County Land Department.

Remember to purchase your MN Ski Trail Pass. You must have to ski on these trails. Please support the Itasca cross-country ski trails by considering being a member of the Northern Lights Nordic Ski Club

Cowhorn
Very skiable though not groomed since last Friday’s snowfall. Tracks nicely skied in with a few leaves to catch wax. Temps above zero! Met a lady with dog skijoring Boomer Blue, the big wide section between the double tracks.

Minnesota Power
Trails were groomed and tracked today. Ready for the warm weekend!

Alder Pond
Trails are groomed and tracked. Besides me, the only others using the trail are wolves. Very slow today.

Wabana
Below zero by just a few degrees but sun shining and no wind in the pines. Nice double tracks set on the two way sections of the trail. Creek completely frozen. Slow snow = safe descent on the trickier hills.

Sugar Hills
It was a nice day to use the classic technique! The tracks were set well, and the snow was firm so that few (if any) pole plants sunk deep into the snow. I skied around the whole area a couple times. In a lot of places, the snow really hasn’t come off the trees since the storm in mid-December. It’s a beautiful, wintry landscape!

Robin Baker Blueberry Hills
Classic skis with special green made for great kick but not much glide due to zero degree temps. All trails groomed and tracked but we did only Prelude and Red Pine Junction with kids. Sun shining = great skiing!

Stoney Ridge
I arrived to find it had last been groomed sometime in the previous week but not since the late week snowfall we had. That was no problem because it was only a couple inches of new snow. I skied one loop and actually encountered another person. By the time we had both made our loops, everything was skied in, and I did a much faster second loop (the farthest out and back). I like looking for wildlife signs here. Lots of grouse holes in the snow and snowshoe hare all around. I usually also find moose tracks that are always at least a week or two old, but I haven’t seen real moose there since 2011. Deer tracks are always fresh.

Legion Park Trail
Groomed and tracked all trails today. Their was a fair amount of debris on the trail from the wind, but got all the big chunks picked up.

Scenic State Park
We had a couple inches of new snow, so trails are good. I improved the two downhills the best I could with the tools I have. The snowmobile should be repaired soon and then I can widen the trails.

Mount Itasca
Groomed and set tracks on all upper and lower trails. Temp is a balmy zero.

Big Ridge
Beginner and intermediate loops are open and tracked. Advanced loop not open yet. Classic track set, skied all that was groomed and tracked and they were in good condition. Thanks to the county groomers!

Suomi Hills
All north Suomi trails north of the Orange Lake Road are groomed and track set. 3″ to 5″ of fresh snow made for a good track set. Still sticks and brush from early heavy snowfall and downed trees, but all and all pretty nice.

Golden Anniversary
Not packed or tracked, but plenty of snow. Partially packed by snowshoe traffic. Lots of pine needles on the trail. But snow is still hanging on the trees, so it’s gorgeous. 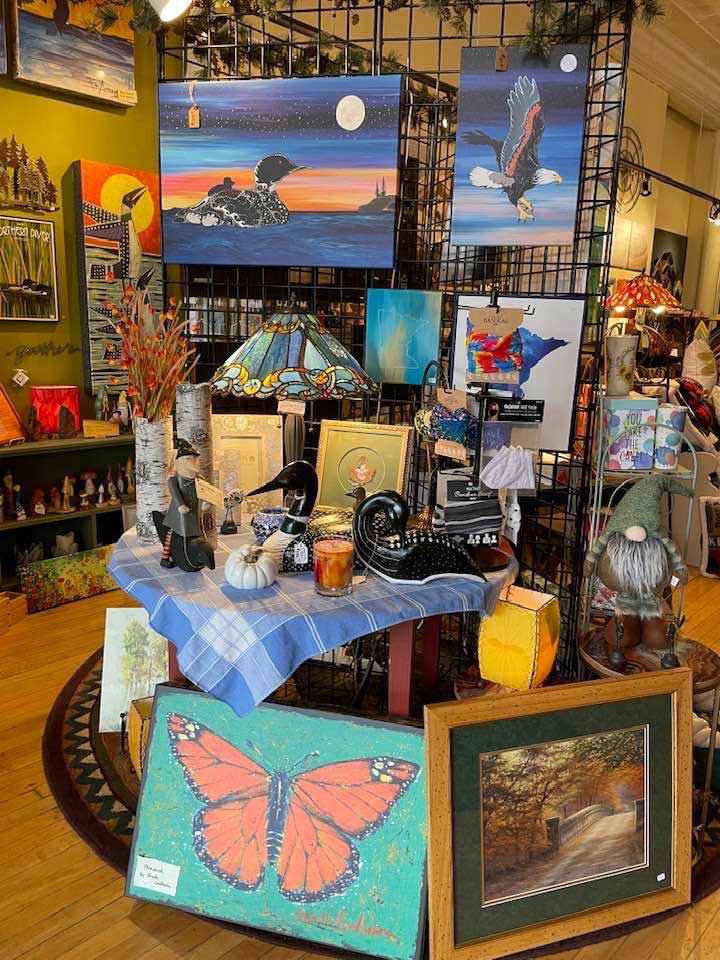 Trout Fishing by: Tom Neustrom The winter season continues to move along and there are numerous opportunities
Read More Now is the time to plan your 2023 Vacation! The US Travel Association has set January 31, 2023
Read More